In this week’s newsletter...

In recent months I have appreciated help from members of this club who have significant roles in other bridge clubs in our area. Now I thank Peter Waight and John Donovan for help in the last week. Times are complicated for all of us and information sharing benefits all bridge players.

In March-April our solar panels fed $266 worth of electricity back to the grid during the one-month billing period. Beautiful autumn sunshine! 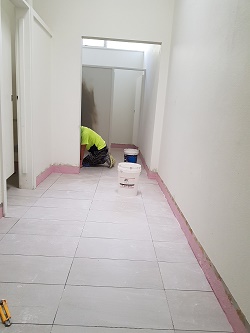 The floor tiling has been completed in the two main bathrooms. The disabled bathroom has not yet been done so that one functioning toilet remains at any time.

Photos of progress will be added to the website gallery as work continues.

A group within CBC has been trying to obtain access to BBO for the benefit of our members. Due to huge traffic worldwide BBO is reluctant to release more sign-ons. We have applied for one but will have to wait patiently.

Those of you who are thinking of playing bridge online as individuals may be interested in two guides on our website:

The Merrimac coup is used in bridge where a player (usually a defender) sacrifices a high card in order to eliminate a vital entry from an opponent's hand (usually dummy).

The term is derived from an American coal ship, USS Merrimac, which was sunk in an attempt to bottle up the Spanish fleet in Santiago de Cuba harbour in 1898 during the Spanish-American war.

In bridge you sacrifice your king in an attempt to defeat the contract.

South is in 3 no trumps. West leads the jack of spades, East taking the ace. East can see plenty of tricks for the declarer in diamonds, but he controls the suit with the ace. If East does not do something, when the declarer regains the lead, he can lead diamonds until East is forced to take the ace, while the declarer still has the ace of clubs as an entry. East must execute the Merrimac coup by playing the king of clubs—even if declarer ducks, another club will knock out the entry to the dummy prematurely, and the declarer will not be able to take all diamond tricks, as East can hold up the ace. You sacrifice one trick to save several others.

Suppose you are in 6NT, with plenty of entries to hand and to dummy. The key suit is AQ6543 opposite J2.

How do you play that suit to maximise the chances of only one loser?

The club will be closed until the end of June. This temporary closure is in compliance with ACT law on non-essential gatherings and social distancing designed to minimise the spread of the COVID-19 virus.  The temporary closure also reflects the Canberra Bridge Club’s concern for the health of our members and the wider community.

The committee will keep members informed about ongoing plans.

Doing social distancing since 1992 just makes you a curmudgeon, not a visionary.

My mother always told me that I wouldn’t amount to anything lying on the sofa – and yet here I am, saving the world.

What do you get when you cross a lion with an octopus?
A stern rebuke from the ethics committee and an immediate withdrawal of funding. 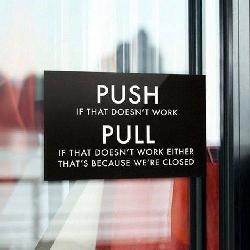