Spring is coming, or so I like to think. If you are planning any spring cleaning that involves disposing of bridge records relating to the Canberra Bridge Club, please bring them to the club. Someone who is expert in the records we have (ie David Hoffman) will look at them and determine what the club would like to retain.

We were sad to hear of Neil’s death on Tuesday morning.

He has been a loved member of this club forever; that is 50 years. There would be very few members of this club who have not been the beneficiary of his cheery smile and ‘G’day, how are you?’ The day improved when you saw Neil. He will be greatly missed in the club.

Please see attached obituary for Neil Naughton at the end of this newsletter.

Two of our members, Margaret Bourke and Chris Sheen have been working hard preparing for a big book fair at the Woden Seniors Club. There will be books, CDs, DVDs, art works and a coffee shop!

Wednesday Night 29th August will be run as a Butler Pairs night.

This is where you can play teams tactics as a pair rather than Matchpoint, as your score is calculated against the average across the whole field. This means that the odd overtrick is not as important. You do not need to form a team for this event or to register, just turn up on the night.

Our next Pizza/Lecture night will be Wednesday night 5th September when Richard Hills will be talking about simple squeeze plays.

Good luck to the members heading to the Coffs Coast Gold Congress being held next week.

Thanks to the generosity of CBC members and the extraordinary efforts and thoughtfulness of Tim Mather, the club has raised $2128.80 through this project.

People say that money is not the key to happiness, but I always figured if you have enough money, you can have a key made.

Congratulations to the ACT teams at the ANC

Do you have a hand that illustrates something clever or something amusing?
We may be able to use it in the CBC newsletter. Please This email address is being protected from spambots. You need JavaScript enabled to view it..

It is matchpoint pairs, with only your side vulnerable. As dealer you hold:

So you open the bidding with 1♣. Partner responds 1♠. Since you are playing Standard American you choose to rebid 1NT. Now pard continues with 2♠. What call should you make now?

When you are in a hole, stop digging. Pass is your percentage call, as 2♠ in the 6-1 fit may be your last making contract.

Bicycle security – CBC in want of a U-Bolt

It’s great to have a number of members cycling to the Club – healthy and relieving pressure on car parking spaces! However, there are some concerns about the security of bicycles outside the Club, even with basic chains. If anyone has a U-Bolt they do not need, and would like to donate to the Club for use on premise by those cycling to the Club, it would be greatly appreciated.

It is something I really like
to slowly ride my electric bike.

Greenhouse gases I don’t emit
as on the saddle I happily sit.

On the roads I see cars in masses
all emitting greenhouse gases.
When I see walkers, I ring my bell
It’s much more friendly than loud to yell.

Sometimes I ride to the nearby store
to buy beer, bananas and much more.

Some mental training I sometimes seek
to bridge I ride three times a week.

Sometimes rain tumbles down on us,
then I park my bike and catch a bus. 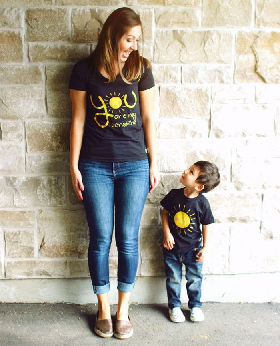 The next lesson will be on Wednesday, August 15:

Thursday supervised lessons will be varied.

Our good friend and loyal club member Neil Naughton died peacefully last Tuesday 7 August in Canberra Hospital. He was in his 90th year. He last played at the club just ten days before his death. During his lifetime, he played more sessions of bridge at the Canberra Bridge Club than any other person.

In several ways, Neil Naughton was a pioneer. He joined the Canberra Bridge Club in the 1960s when the club was in its infancy. For more than 50 years he was amongst our keenest players. When Ethel Williams invented and published her Simplicity system in the mid-1970s, she invited Canberra players to join her in testing the system under the blowtorch of competition. Neil Naughton accepted the challenge and was joined by Fran Adams, David Grant, Sue Hume and Ethel herself. They became known as the “Simplicity Five”. Their partnerships were interchangeable and enjoyed some success at Summer Festivals, most notably in early rounds of the South-West Pacific Teams. Some years later, David Grant refined Simplicity into a clone that he called Simplex (ACTBA Bulletin, March 1986). Neil Naughton was ready and willing to assist with pioneering a new system. For a period, he and David Grant used Simplex, but the system never caught on.

Neil never stood for office; he had more important things to do for the club. He was concerned for more elderly members whose mobility had become impaired. He commonly drove them to the club and home again after bridge. In the last year of his life, Neil played more than 220 sessions of bridge with 14 different partners, most frequently with Jim Chan, Neil Garvey, Myra Hyland, Gill Parsons and Meurine Thomas. Perhaps Neil’s all-time favourite partner was Sasha Nekvapil who died a nonagenarian in 2014. She partnered Neil for each of the last 25 sessions that she played at the club. Together they shared a love of life, friendliness and charm. Neil had a distinctive laugh. When it rang out across the room, it brought smiles to our faces and left us in no doubt about how much he enjoyed our beautiful game.

Although he won an incredible 614 green masterpoints, as well as reds and golds, during his playing career, Neil Naughton never really became a great player. But he was a dangerous opponent. It was always with some trepidation that you came to Neil’s table. In the auction, Neil was bold, some might say incautious. In the play of the hand, he was careful and considered. When you left Neil’s table you sometimes had three good scores; just as often you came away with three bottoms.

Neil was a devoted husband. When his wife of some 60 years pre-deceased him last year, he was overwhelmed with grief and loneliness. He sought comfort and consolation from his church, from walks along the foreshores of Lake Burley Griffin, from the peacefulness of the Dickson Library and from the companionship at the Canberra Bridge Club.

When Neil Naughton died on Tuesday morning, a spark that lit up our club was forever extinguished. The club will never again be quite the same. Vale Neil. We will miss you. You were the salt of the earth.